* In case of any delay in receiving the OTP, you may verify it later. Please proceed without verification.

Konark is a small town located on the coast of Bay of Bengal in Puri district of Odisha state in India. Konark lies on 19.90°N latitudes and 86.12°E longitudes at an average elevation of 2 m (7 ft) above sea level. The city is far famed for its magnificent Sun Temple that is one of the renowned UNESCO’s world heritage sites. Besides, it houses many sites of historical and archeological importance. Konark is one of the most visited destinations in state of Odisha and attracts tourists across the globe. 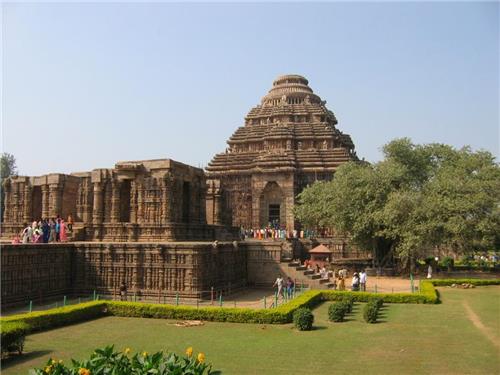 Konark houses the world famous stunning Sun Temple, a marvel of Indian architecture and fine example of artistic excellence of ancient times. In reference to this temple, name of the city has been derived from two words, Kona (corner or angle) and Arka (Sun) literally meaning ‘Konark’ (Corners of Sun). Thus, Konark is also famous as ‘Konaditya’.


Geography and Climate of Konark

Konark is situated along the coast of the Bay of Bengal in Puri district of Odisha. It has just 2m elevation from sea level. It is located 35 km from city of Puri and about 65 km distant from Bhubaneswar. Climate of Konark is tropical and its Köppen-Geiger climate classification is As. Konark enjoys pleasant weather throughout the year. It experiences two seasons, winter and summer with rainfall. Usually, much more rainfall is recorded during winter season as compared to summer in the city. May is the hottest month with an average temperature of 30.1°C. Average annual temperature of the city remains around 27°C. Average annual rainfall in Konark is about 1383 mm.

As per last recorded Indian Provisional Census in 2011, Konark Notified Area Committee has population of 16,779 inhabitants out of which 8,654 are males while 8,125 are females. About 10.43 % of total population of Konark (NAC) is under 6 years of age. Female Sex Ratio is of 939 and child sex ratio in Konark is around 960. Konark city has literacy rate of 75.97 % (higher than state average of 72.87 %). In Konark, Male literacy is around 79.96 % while female literacy rate is 71.71 %. In Konark (NAC), 20.67 % of population is under Schedule Caste (SC) while 2.80 % of total population belongs to Schedule Tribe (ST). Oriya is the official language of Konark and is mostly used for local communication in the town. Apart from that Hindi and Bengali both languages are also spoken in the city while English is mostly spoken by the literate people.

Art and Culture of Konark

Konark has rich artistic and cultural heritage. The city is culturally diversified as people from various communities reside here with harmony. Thus, a number of cultural activities take place in the city. Being located in district of Puri, the city of Konark too has religious culture and people are much traditional. Be it a performing art or traditional craft, Konark is the place having a majestic artistic aura. Cultural festivals are organized in this city from time to time and Konark Dance Festival is famous worldwide for its classical dance performances. The famous classical dance form, Odissi is traditional dance form of Odisha and Konark is also rich in this performing art. It is believed that Odissi dance form was earlier performed by Devadasis of the temples in Odisha. Later, it became traditional dance form of state of Odisha. Odissi dance and music are much popular in the city. Patta chitra paintings, palm leaf paintings, appliqué work, stone carvings etc. are among most sought after traditional art and crafts of the region.

Culturally and artistically rich Konark offers a lot to its visitors. Konark Sun temple, UNESCO’s World Heritage Site is the most famous tourists place in Konark. Sun temple, also known as Black Pagoda is a 13th century temple dedicated to Sun God. It was built around AD 1250, by king Narasimhadeva I of Eastern Ganga Dynasty, in the shape of a gigantic chariot of Sun God with elaborately carved stone wheels, pillars and walls. Konark Sun Temple is world famous for its magnificent architecture and has been centre of attraction for tourists, archeologists and historians across the world. Apart from that Konark Archaeological Museum, Konark Beach, Ramachandi temple, Konark Math are some of the major tourist attractions in Konark. For More Click Here

Festivals and Fairs in Konark

As in other parts of Odisha, festivals and fairs in Konark are celebrated with much fun and frolic. Konark hosts the famous Konark Dance Festival, three-day cultural extravaganza which is held every year in the month of December in Konark city. Most of the leading Indian classical dancers of various Indian classical dance forms including Odissi, Bharatnatyam, Kathak and Kathakali etc. perform during this festival. Along with regional folk dance forms such as ‘Chau’, a traditional folk dance of Odisha (Orissa) is also performed here. Magha Saptami Mela is held annually during the full moon phase in the month of Magha (around January or February). Devotees from all over the state gather to take a holy bath in the pond during this fair. And then, in accordance with an age-old custom (mentioned in the Puranas), devotees watch the sun rise over the sea followed by Navagrahas (nine planets) Puja. 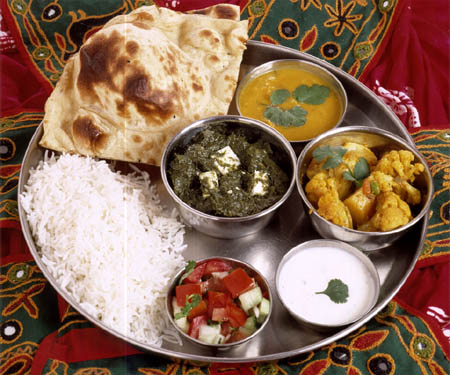 Traditional food of Konark comprises typical Odiya dishes which are much popular in entire region. Vegetarian and non-vegetarian both dishes are popular in the city. Sea food is also easily available offering an exclusive taste of the region. Bengali dishes are also popular and fish fry is most relished by people in Konark. Apart from Indian cuisines, Continental and Chinese cuisines are also available in the city. Main market is perfect place to relish delicious food in Konark. There are several local food joints or dhabas present in the main market to serve all the residents and travelers unlike. So, there is lot to explore and enjoy eating out in Konark.

When it comes to shopping, there are lots of options available in Konark to choose from. Traditional art and crafts of this region are surely captivating. Markets and shops are filled with a wide variety of beautiful handicrafts, handlooms and articles that make it perfect shopping spot in terms of local traditional items. Patta chitra paintings, stone carvings, appliqué work, terracotta, papier mache, paddy corn-crafts, lacquer ware and bamboo articles are widely available at local shops in Konark. Besides, hand woven textiles and fabrics are also among must buy items from Konark. Applique work and stone carvings are much more popular among tourists for their unique appeal. Thus, shopping is quite interesting in Konark and one can collect a number of exclusive items as souvenirs while travelling this part of Odisha. For More Click Here

As in other parts of Odisha, safety and security of the residents is under supervision of police department in Konark. Police maintains laws and order keeps vigil on suspicious activities in the city. Special women and children cell of Odisha Police functions in all districts of the state and in Konark as well. In case of any problem, one can contact police station in Konark for assistance.

In every part of the country, backward and underprivileged section of society faces humiliation and social discrimination. NGOs or social welfare organizations support such people to improve their living status. In Konark too, Few NGOs are working towards betterment of underprivileged section and neglected women and children. Aviscar and Janani are two main NGOs in Konark working for social causes.

Nearest airport is located at Bhubaneswar, about 64 km distant from Konark. It connects Konark with all major cities of the country. Flights for Delhi, Kolkata, Hyderabad, Mumbai and Chennai etc. are available on regular basis.

Being a major city of Odisha, Konark avails a vast network of all weather roads. Thus, it has perfect road connectivity with other parts of the country. National highways and state highways link this part of Odisha with other surrounding regions and states as well. Private and public bus services are also available from Puri and Bhubaneswar to Konark. Internal transportation is also good and thus travelling is convenient in the city.


Konark at a Glance

Comments / Discussion Board - About Konark