Konark temple in Odisha is a famous temple built in the 13th century BC in honor of the Sun God, by the king Narsimhadeva 1 of the Eastern Ganga Dynasty. This architectural marvel is still considered as one of the biggest treasures of ancient India. Let's know more about this temple here; 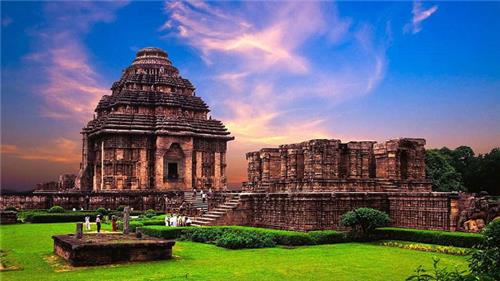 Konark sun temple, the famous sun temple dating back to the 13th-century is also called the Black Pagoda. This temple is located at Konark, in Odisha. It is widely believed by many that this temple was constructed by Narasimhadeva I, the ruler of the Eastern Ganga Dynasty during AD 1250. His rule was during the period between 1238 and 1264 CE and this temple might have been built to celebrate his victory over Tughral Tughan Khan. The temple’s shape is like that of a huge chariot with intricately carved wheels of stone, walls and pillars and a major portion of this structure is in ruins now.

This temple was initially constructed at the river mouth of Chandrabhaga, but the level of waterline has receded ever since. The temple is constructed in the shape of a huge ornamented chariot for Surya. It contains intricately carved wheels of stone in twelve pairs, with 3 meters width and the chariot is pulled by seven horses (4 at the right side and 3 at the left side). The temple is built using the traditional Kalinga architecture style. The orientation is carefully planned to face the east side such that the beginning rays of the sun strikes the main entrance and the whole structure is built using Khondalite rocks.

Naming of the Konark Sun Temple

The name given to this temple is a combination of two different words; Kona which means ‘corner’ plus Arka which means ‘the Sun’. According to legends, after killing the Gyasur demon, Vishnu kept his belongings in various places to memorialize his victory. It is said that he kept his conch in Puri, mace in Jajapur, disc in Bhubaneshwar and the lotus in Konark. This temple was a significant marker for the coastal journey of sailors from Europe and they called it 'The Black Pagoda'.

Mythology behind the Konark Sun Temple

Mythology states that Krishna's son Samba was affected by leprosy as a result of the curse given by his father. Samba underwent relentless penance for about 12 years in Mitravana close to the convergence of Chandrabhaga river and the Konark sea and finally succeeded in satisfying Surya, who was believed to heal skin diseases, and ultimately was healed of his sickness. As a result, he wanted to build a temple for Surya.

While he was taking bath in the river on the next day, there was an image of Surya fashioned by Viswakarma which he found there. Samba placed the image in the temple he built in Mitravana, which was built for Surya and ever since, the place is regarded to be sacred.

In ancient years, worship of Surya was prevalent and everyone was accustomed to worship the two deities, mother Earth and the Sun, Surya. Surya has also been a famous deity from the Vedic period in India and so it is well described in the Rig Veda about Surya. It is described about Surya also popularly called as Biranchi-Narayan, in the Padma-Kshetra and Arka-Kshetra tracts of the Rig Veda. There were five renowned Kshetra or religious zones situated in Odisha among which Konark was one, and the others were Mahavinayak, Bhubaneswar, Puri and Jajpur.

There are many other smaller shrines located in the Sun Temple’s neighborhood and some of them are Tribeniswara, Utpaleswar, Siva-lingas, Chitreswara, Rameswar, Khileswari, Charchika, Chitreswari and Ramachandi Rudrani. The fame of Konark can be traced back to mythological period and it has been symbolized in legends such as the Madala Panji, Prachi-mahatmya and Kapila Samhita. The stories of these late manuscripts are obviously adapted from an earlier tradition and this is recorded in Samba Purana and Bhavisya Purana.

The original structure of the temple consisted of a chief sanctum sanctorum (vimana), which was supposed to have been at the height of 229 feet (70 m). Because of the heaviness of the building (70m tall) and the weakness of the area’s soil, the main sanctum sanctorum collapsed in 1837. The audience area (Jagamohana), about 30 m (128 feet) tall, is still present and it is the main structure among the existing ruins. Among the temple’s structures which have withstood survival to the present day, are the dining hall or Bhoga mandapa and the dance hall or Nata mandira. 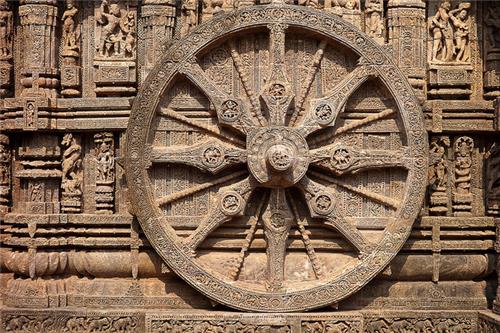 The Konark sun temple is a World Heritage Site listed by UNESCO and this temple is featured on NDTV's Seven Wonders of India list and the Seven Wonders of India list of Times of India also. It is amazing to view the temple during the evening time after 7:30 pm and experience the splendor of the temple. The sun wheel looks very beautiful and this tourist place is the best to enjoy and spend time with friends.

This is the most stunning monument of religious importance and a real architectural masterpiece at Konark. This temple is the culmination of Oriyan architecture and a fantastic place where stone language conquers human language. Situated at a reasonable distance from Puri (35 km), this temple is about 65 km from Bhubaneswar, the capital.

During the last part of 18th century, at the time when worship had stopped in this temple, the Aruna pillar or Aruna stambha was taken away from the Konark temple’s entrance and installed at the Lion's Gate or Singha-dwara of Puri’s Jagannath temple. This pillar is built using monolithic chlorite material and it is 10.26 m tall. The pillar was moved to Puri by a Marathi follower called Goswain and he dedicated it to Aruna, Surya’s charioteer.